The Charity is working in countries where Christians are facing persecution due to their faith, focusing their resources to fight against Blasphemy Laws, forced conversions, rape, and abduction in Pakistan. The largest of our projects will be to liberate modern days slaves from the Brick Kilns in Pakistan, Bangladesh, India, and Nepal.

The history of our past successes:

In 2009, over a 6 week period, we mobilized our teams to help provide health care services to the Internally Displaced Persons (IDPs) in Khayber Pakhtoon Khawa (NWFP).

During the worst flood in the history of Pakistan (in 2010) our teams were able to reach and rescue hundreds of victims.  What was exceptional about this effort is that we were able to do rescues that no other organization could accomplish due to the fact that no vehicles could reach the spots we were able to access.

In 2010, We started campaigning against the misuse of the Blasphemy law by providing legal support to the victims of this controversial law.

Between 2010 and 2108 we have rescued many young women and teenage girls who had been abducted by the Islamists and forced into a marriage which included forced conversion. Many of these victims are documented on the web site.

Between 2014 and 2018 we saved over 35,000 people from slavery. Not only did we free them but we provided each head of the household a new job that paid a living wage, a new home they could afford to rent and initial basic requirements as well as partnered with local educational charities to get the children a proper education. One hundred percent of the victims we have saved has never returned to slavery because we have tackled the actual issues of slavery/poverty required for permanent success.  No other international charity has come close to what we have achieved with the limited resources versus the success and the huge volume of victims saved. We have provided the fishing rod, not just the fish. Our goal for the next few years is to save 100,000 families which will be over 700,000 people, which will include about 500,000 children. We will be partnering with some honorable members of the Pakistan government to free thousands of families from modern slavery over the coming year.

In 2014, Farrukh Saif started working for the Pakistani Asylum Seekers in Thailand by providing food and other necessary supplies. We did tremendous work to save hundreds of families. We were able to put pressure on the UNHCR to schedule the refugee status interviews of the families who had filed their asylum but prior to our intervention were not given prompt attention by the UNHCR

In 2015, after knowing the grave situation in the Immigration Detention Center (Bangkok), Farrukh Saif started providing food to the Pakistani Christians and Ahmadi Community for seven months. 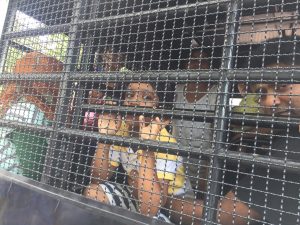 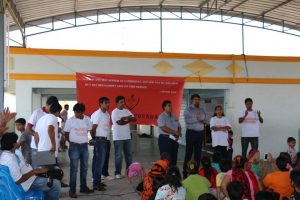 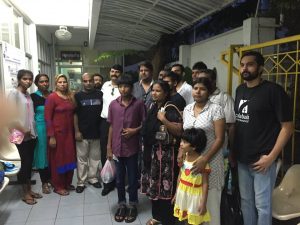 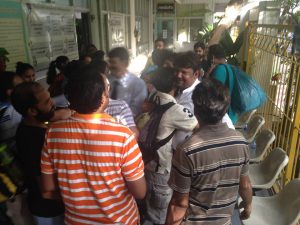 In March 2015, when hundreds of Asylum seekers were arrested, we paid the fines of 100s of people to avoid their imprisonment.

In July 2015, our legal team in Pakistan was able to acquit Arif Yousaf from Blasphemy charges. Arif had been in Jail since 2013. After two years of the continuous struggle of our lawyers, we were able to get him free from all charges.

Amanat Masih, the victim of Blasphemy law charges was acquitted by our efforts.

In June 2012, we were able to acquit Shahzad Masih (Sajid Masih) from the jail within 28 days.

George Naz (Victim of Blasphemy law), was successfully relocated to a safe country. For more than two and a half years Farrukh Harrison Saif supported him with housing and food in Bangkok, Thailand.

Tariq Yousaf (Victim of Blasphemy law), was successfully relocated to a safe country.

Barkat Masih, the victim of Blasphemy law (who was awarded Death sentence), was set free by our legal teams.

Martha Bibi (Victim of Blasphemy law was successfully relocated to a safe country.

Ryan Stanton (Victim of Blasphemy law), was successfully relocated to a safe country.

All the above cases were high profile cases that can be referenced in the Pakistani and international media.

Currently, The Emergency Committee to Save The Persecuted and Enslaved” (ECSPE) is defending seven Christian victims of Blasphemy laws in different courts in Pakistan.

One of these cases is a Christian Couple (Shafqat Emmanuel and Shagufta Kausar) who have been falsely convicted of Blasphemy and both received the death sentence from the Pakistani courts. On appeal, we are very hopeful of gaining their acquittal and release.

There is a long list of the victims who are being defended by our Organisation.