According to the Christian Post Hong Kong is imposing the new draconian national security law, in the coming week. Religious freedom seems to be long gone in Asian society, many of the Asian countries has imposed religious restricted on their citizens and now Hong Kong is also creating such laws which will restrict the freedom of faith.

Christian post “The imposition of a draconian national security law in Hong Kong this week has given rise to fears over the fate of Christians.

He said the implementation of the new security law raised important questions about the rights of churches in Hong Kong, as he voiced concerns that the situation could quickly mirror mainland China, where Christians are persecuted.

“In China, the Communist Party is demolishing churches, tearing down crosses and imprisoning human rights lawyers who defend religious freedom in the courts,” he said.

“The fundamental issue for Christians in China – and in the days to come in Hong Kong – is who governs the church.

“In China, the atheist Communist Party demands total allegiance and exercises complete control over the church.

“Christians in mainland China who assert that most basic of human rights – freedom of worship – are increasingly finding themselves accused of subversion and being a threat to national security.

“The Christians of Hong Kong are now facing the same threat to their religious freedom.”

The sweeping new laws are aimed at cracking down on dissent and snuffing out pro-democracy protests that have challenged Beijing’s increasing grip of Hong Kong over the last year.

The new laws criminalise secession, subversion, terrorism and collusion with foreign forces to endanger national security, effectively ending the ‘One country, two systems’ principle on which Hong Kong was handed over to China by the British in 1997.

British Prime Minister Boris Johnson has responded by offering up to three million Hong Kong residents the chance to settle in the UK and eventually apply for citizenship.

In the US, Congress on Thursday backed sanctions on banks that do business with Chinese officials that violate Hong Kong’s autonomy.

Evangelist and commentator David Robertson said the Church in the West has a responsibility to defend Christians in Hong Kong.

“When banks supported the apartheid regime in South Africa, churches and other campaigners led a disinvestment campaign. Will the Church now do the same for HSBC and Chartered?” he said.

“The CCP [Chinese Communist Party] hates the Christian church and we can only fear for what the Christians in Hong Kong will face in the coming years.

“I have a number of contacts in Hong Kong as well as some people in my church who have relatives in the city. They are deeply concerned.

“In one sense the situation in Hong Kong is a real test for the Church in the West, as indeed it is for the countries of the West.

“If we only have voices for the politically approved causes of our own culture, but no time for situations in a land far away, how are we reflecting the command of Christ to be salt and light in the whole world? Do we truly care or are we just interested in signalling our virtue in our own culture?”

Former Archbishop of Canterbury, Dr Rowan Williams, the Bishop of Leeds, the Rt Rev Nick Baines, and the Bishop of Coventry, the Rt Rev Christopher Cocksworth, are among the signatories of a recent letter expressing “grave concern” about the implications of the national security law.

The letter, also signed by Lord Patten, Sir Malcolm Rifkind and hundreds of other parliamentarians and dignitaries around the world, calls for joined up action by the international community to defend Hong Kong’s autonomy.

“This is a comprehensive assault on the city’s autonomy, rule of law, and fundamental freedoms. The integrity of one-country, two-systems hangs by a thread,” it reads.

“It is the genuine grievances of ordinary Hong Kongers that are driving protests. Draconian laws will only escalate the situation further, jeopardising Hong Kong’s future as an open Chinese international city.

“If the international community cannot trust Beijing to keep its word when it comes to Hong Kong, people will be reluctant to take its word on other matters. 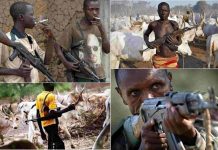