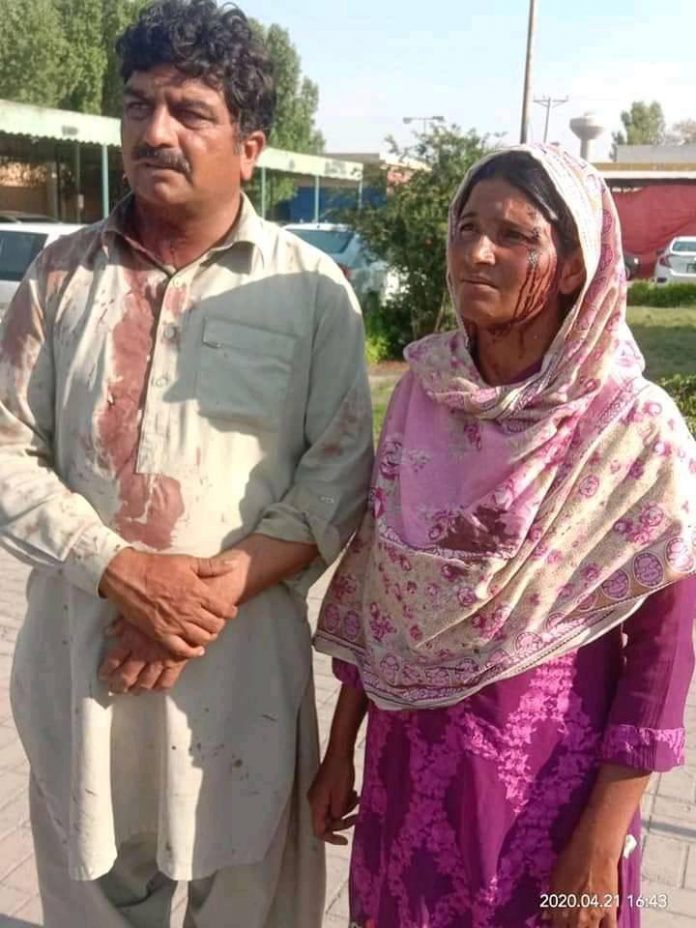 On April 21, A Pakistani Pastor Haroon Masih, his wife Mariam, and their 15-year-old son Asher Haroon were attacked by their Muslim neighbors of the Village in Rahim yar khan.
Pastor Haroon was running a Church in the small village called “Tiba 135”, where he was residing from 25 years and around 20 other Christian families were also the part of this small village.

According to the Pastor, he had bought the land about 12 years ago form Abdul Sittar for 100, 000 PKR. And a year ago, Rafique Bhatti, a Muslim resident of the village, illegally occupied his land and build his house.

But on 21st April 2020 when Haroon and his family were building a wall on the rest of the remaining property, Rafique Bhatti and his companions attacked them to stop them for building the wall.

Previously to this incident, Rafique Bhatti and one of the local police officers had threatened the Pastor to withdraw his claim from the land.

On 21st April, at noon, when the family was building the wall, Rafique, along with dozens of Muslims attacked Haroon’s family and beat them with machetes, sticks.

However, with the intervention of the local people, Haroon, and his family were saved. Immediately the family was taken to the hospital where they were treated.
His wife received several stitches to her head, and his son’s shoulders were severely injured, while the pastor himself had medical treatment too. Rafique and others claim that the land belongs to them, not to Pastor Haroon, and hence he is not the legal owner, therefore they cannot allow him to build a wall on the land.
A case has been registered in the local police station, but nobody has been arrested.

ABOUT US
Rescue the Persecuted is a Division of “ Emergency Committee to Save The Persecuted and Enslaved” a 501c3 Charity.
Contact us: [email protected]d.org
FOLLOW US
© ©2020 Rescue The Persecuted - All Rights Reserved.