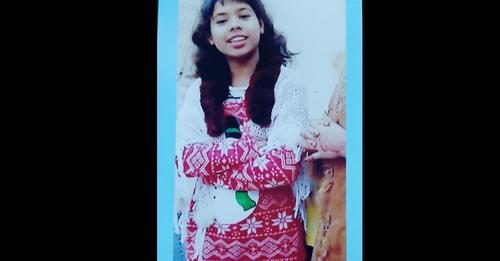 In a recent episode of abduction and forced conversion and marriage of minorities’ girls, Faisalabad’s 15-year-old Saba fell a prey to Muhammad Yasir’s devilry. Father of the victim, Nadeem Masih who hails from Pakistan’s Christian community has confirmed that his daughter was abducted on May 20. Saba and her elder sister were on their way to work, when the incident perpetrated in Madina Town of Faisalabad.

Nadeem Masih who makes both ends meet by working at a local Textile factory.  He said that the police are reluctant to take action against the alleged abductor. He revealed that Muhammad Yasir is his neighbor who took Saba away forcibly on a rickshaw. “Yasir has already been married thrice but does not have children from either of his wives,” he said.

Saba’s elder sister informed her parents about the incident and the matter was reported at the police station. Nadeem Masih claims that police are displaying unwillingness to take further action in this case. “The police are not cooperating with us,” he told an international Christian persecution watchdog.

“The investigating officer keeps telling us that Saba has converted to Islam and contracted marriage with Yasir, but he has not shown us any document as yet. We are pleading with police to at least recover the girl and arrange our meeting with her so that we can ascertain the facts ourselves, but he doesn’t listen to us.”

Nadeem Masih’s wife sustained an injured and her injury has rendered her unable to be an earning aid to her husband. Consequently, the older two daughters had to work as domestic workers at people’s houses to help their father financially. While remarking about his poor financial conditions, Nadeem Masih said, “I was forced to take my children, four daughters and two sons, out of school due to poverty, and my wife and elder daughters are working as household helps to supplement our family income.”

Saba’s abduction and forced conversion and marriage have added to the destitute Christian family. “We are already suffering from poverty, and now our daughter has also gone missing.” This just another case of child-marriage; under Punjab Child Marriage Restraint which says that  “Any person marrying a girl of less than 16 years of age and the person conducting such marriage, including the Nikkah Solemnizer and Nikkah Registrar shall be liable for imprisonment up to 6 months and fine Rupees 50,000/-. [Punjab Child Marriage Restraint (amendment) Act 2015].”

Nadeem Masih reiterates that his daughter could not have taken such a step. “Saba is just a kid and could not have gone with Yasir on her own.” He says that “Yasir’s family has tarnished our reputation in the area with claims that Saba had an affair with Yasir, and that she’s the one who coaxed him into eloping from their homes. We have no one to turn to in this difficult time.”

Historical Conference for the Persecuted Christians by Hungarian Government

ISIS Terrorists Kidnap a 3 Year Old Girl and Warn the...

Kashif And Family Rescued From Slavery