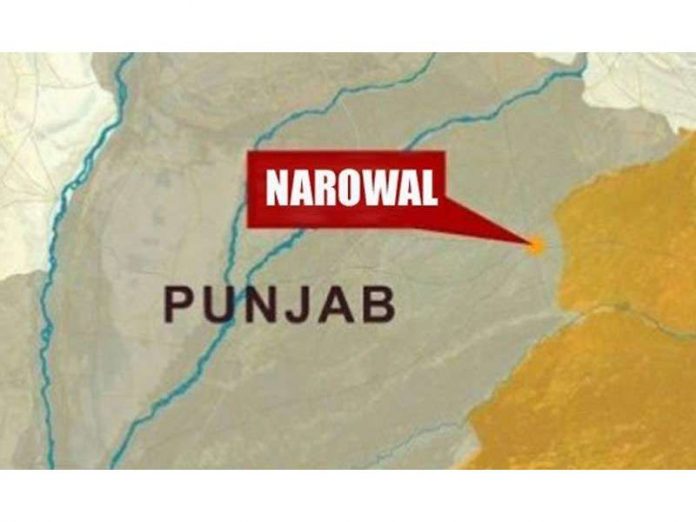 Pakistani Christian families protest against illegal land grabbing at the hands of extremists. The incident is reported from Mohan Wali a village in District Narowal in Pakistan’s Punjab province. Mohan Wali is home to a considerable number of Christian families. Most of them are living below the line are peasants by profession.

In a video that circulated on social media showed a group of people holding a banner that read that they demanded justice for Christian families of Mohan Wali village. These families said that Muhammad Rafique Siyaan had purportedly conspired against them and is trying of grab their agricultural land underhandedly.

In this regard, Masiha Milat Party (MMP) arranged this gathering on Friday, May 6, while Chaudhary William Masih led the protest. Christian women complained that the alleged mafia had been raiding their barn and stole their grain last year. On this occasion many women can be seen standing and protesting against this mafia.

The protestors demanded that the main culprits Muhammad Shafique and Muhammad Jameel should be arrested immediately. They claim that the alleged perpetrators had been harassing them to the extent that they even resorted to firing and were trying to kill them in the presence of the police. Christian families of Mohan Vali village demanded that immediate legal action should be taken against this mafia and bring the perpetrators to justice.

The land in contention has been in possession of these Christian families since generations past. One of the protestor detailed that they had the legal documents of the ownership. “The land grabbing mafia should be asked to stop their heinous acts,” they appealed. We have no other means to make both ends meet. They must be stopped from harassing us on daily basis. They alleged that the nominated people had even imprisoned some of these Christians by force.

“Mohan Vali is our village, we the Christian families live here in perfect harmony, and we make a living by agriculture. We are owners of this land since 1947. We call upon the Prime Minister and the President. We urge the locals of this area to help us. Our ancestors had been peasants and farming this land,” one of the local Christian peasant said.