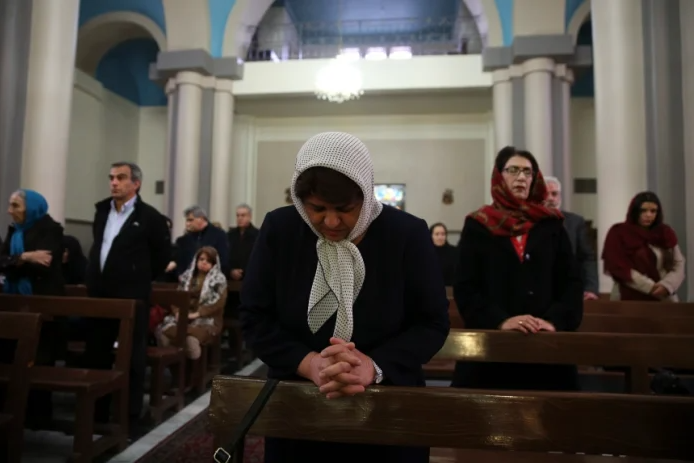 Three Christians have been handed down severe punishments from a court in Tehran. Details emerged that that a Tehran Revolutionary Court has sentenced three Christian citizens to prison or exile over allegations of conducting a “house church.”

A London-based organization Article 18 said that an Iranian – Armenian identified as Anooshavan Avedian was handed a sentenced of 10 years of imprisonment and 10 years of “deprivation of social rights” last month over charges of teaching other Christians in his home. He was also charged of “forming and running an illegal group to act against national security.”

Two other Christian converts 45 year old Abbas Soori, and 46 year old Maryam Mohammadi, who are members of Anooshavan Avedian’s church were also deprived of social rights for 10 years, while the court handed them a fine of 500 million rials (about $2,000) along with 10 years of ban from membership in social and political groups as well as a two-year exile outside Tehran. They are banned from leaving Iran.

In August 2020, the three of them were arrested along with 15 other people when Intelligence Ministry’s agents raided a gathering at Avedian’s home. Avedian’s family members were also arrested in this raid.

Christian converts form a considerable population in the country so that is forms Iran’s largest Christian community. However, only three minority religions that include the Zoroastrianism, Judaism, and Christianity are constitutionally recognized. Under this criterion, the Christian converts are not considered original Christians there are liable to hostility from the regime.