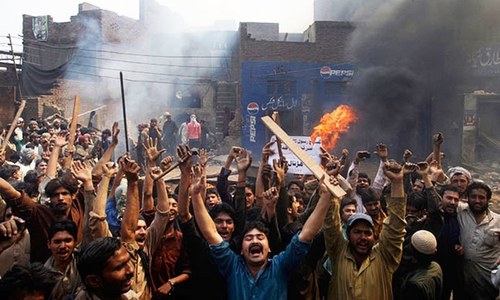 Reports emerged that a Christian school was purportedly raided by at least fourteen men. The unfortunate incident unfolded on Friday, May 1, 2022. The raiders were armed and purportedly intended to extort money from the school.

The targeted school identified as Global Passion School is running in Pakistan’s Punjab province since 2018, where Christian youth is offered free of cost education. The assailants threatened and tortured the students and the teachers at the same time damaged their vehicles. Adding to the dilemma of the school staff, the attackers abused and humiliated the female staff.

As being alleged, the school administration was threatened to arrange for the asked amount of money within two days failing to comply with their demand would result in death of the school staff and students.

In the face of this dire situation, the principal of this school begged for help saying, “please pay for us.” “Many of our religious and political leaders, while visiting other countries, say that minorities and Christians are safe in Pakistan. After what happened to us today, I will never say that. Our security guard can’t even walk now. Our community is threatened to keep silent.”

In a social media video, the principal of this school expressed fear and uncertainty about the situation saying this was not the first time, that his school has received threats. “A few among the neighboring Muslim community have always tried to stop us from praying. They literally demanded stopping the noise… We want to be treated equally. Please pray for us.”

The incident was reported to local police station, and thus far three out of the fourteen assailants have been hooked by the police. The principal of the school remains apprehensive as majority of the perpetrators are still at large.