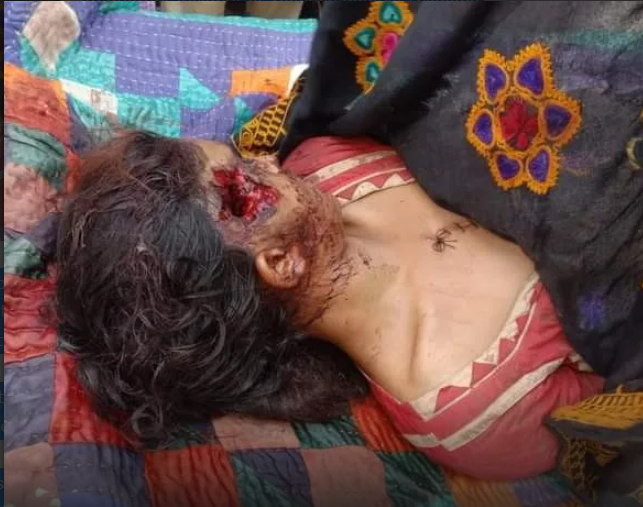 In another incident of violence against religious minorities in Pakistan, an 18-year-old Pooja Oad a Hindu girl was shot dead in Pakistan’s Sindh Province. The incident took place in Sukkar during a failed abduction attempt. According to the eyewitnesses, she was shot in the middle of the street.

This is not the first incident in Pakistan, since the last 2 decades, every year around 1000 Christian and Hindu girls were forced to convert after abduction and rape, and even on some occasions, it has been observed that the Muslim Landlords or political personnel were involved in snatching the minority girls and woman.

Our organization has witnessed that even the religious groups and Law enforcement departments help and protect the abductors.

The growing persecution in Pakistan with the Hindus is at its height. Since 2012, a large number of Hindus are leaving Pakistan for the security of their women and properties, and they are taking refuge in India. The Province of Sindh has become the center of Hindu persecution in Pakistan, it is a very surprising situation, as the province is governed by the most secular political group, Pakistan People’s Party.

However, it has been noticed that the majority of the MNAs and MPAs of Political parties are involved in the kidnapping and abducting Hindu business community and young girls.

In recent years religious persecution in Pakistan has reached its hype. The abduction, rape, forced conversions and kidnapping for extortion, and accusing minority members of Blasphemy to settle down personal vanadate has been amplified.

Even two days ago, our team found a brick kiln where 23 Christian and Hindu families were enslaved, and they are forced to give their daughters to old Muslim men to pay off the debts.

These people were begging our team to save them from this ongoing persecution. We have promised that we will do everything possible to save them.

It is a time to raise our voices for the Persecuted people around the world.

The corrupt & anti-Christian system of education in Pakistan By Farrukh...