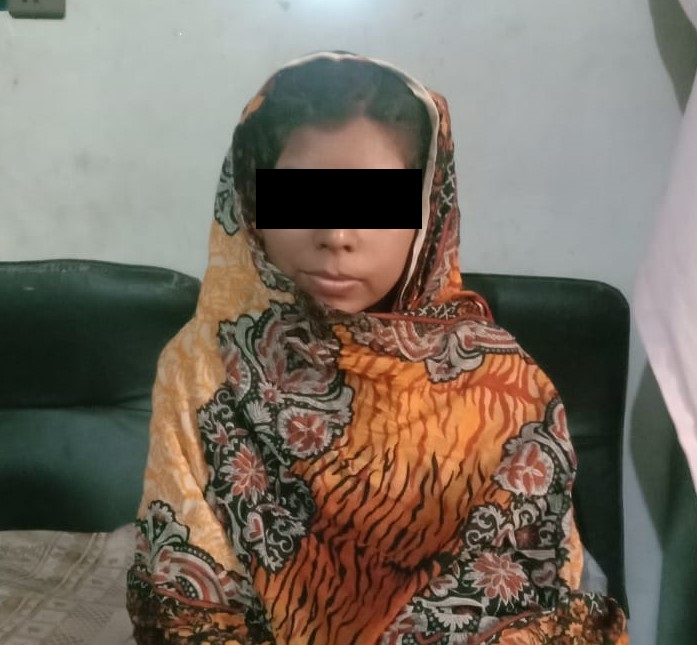 Shabana Bibi is a 21-year-old Christian girl whose father has passed away and her mother supports her family as a housemaid in different houses. When Shabana’s mother was unable to meet the family’s needs with limited money, Shabana started working in a nearby factory.

There were a lot of other girls working there , so she decided to working there too. However, when a supervisor, Muhammad Asif, found out that he is a Christian, he started harassing her for friendship and sexual relationship.

Asif, who was as old as her father, then forced her to marry him. When she refused, he started threatening to kill her, fearing society and others. she left the job in factory.

One day while she was at home, Muhammad Asif came with his friends and kidnapped her. They took her to the village where she was detained for hours and then Asif appeared with a Maulvi (Muslim cleric) and some other friends.

They forced him to sign various documents and even forced him to convert to Islam. When she refused, Asif beat her severely and she got fainted.

When she regained consciousness, she found her body without clothes. And then Asif told her that now you are my wife, we have taken your thumb impressions on the documents and marriage certificate so you are my legal wife now.

After three days of abuse and violence, Shabana had the opportunity to escape from home. When Asif went to the toilet, she locked the door from outside and left the house. she took an auto rickshaw from the street and reached Lahore to her mother’s house and told her the whole incident.

When Shabana reached home, after a while Mohammad Asif along with other people reached her house and said that she is his wife and she ran away from the house with jewelery, but the local community knew that she had been missing for three days. so they supported Shabana and threaten Muhammad Asif to leave her house.

Muhammad Asif did not remain silent, he went to the police station and lodged a report that Shabana, his wife, ran away from home after stealing gold. Without any investigation, the police registered an FIR and arrested Shabana.

The local pastor contacts our team and asks for immediate help. Soon our legal team reached the police station and explained the situation to the station house officer, who then investigated but told our team that since the FIR has been registered, therefore you need to get bail from the sessions court.

The next day, our team successfully obtained night bail from the Sessions Court. But Asif filed another lawsuit in which he claimed the right to marry Shabana. Our team managed to cancel the so-called marriage contract through the court.

We knew that Shabana is in grave danger from Muhammad Asif, he might again implicate them in any other case.Therefore our organization moved Shabana and her family to safe location.

Hundreds of Christian girls and women are abducted by forced into marriage every year, but the Pakistani government has failed to protect its religious minorities.

We call on the international community to speak up for these oppressed Christian girls and women.