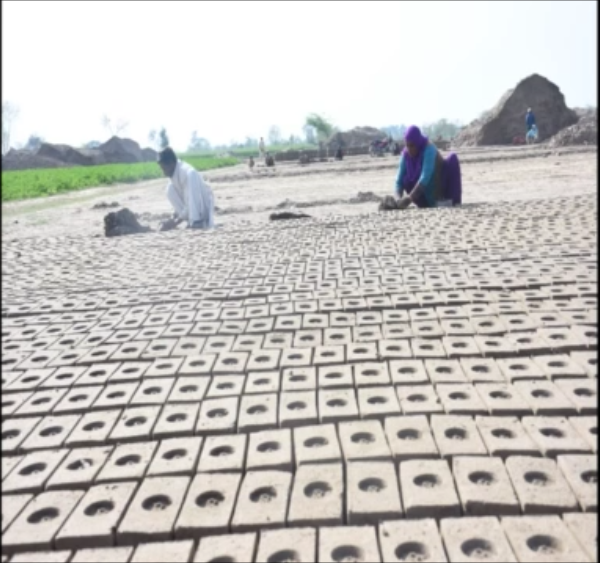 Slavery has existed for thousands of years, but economic and social forces in different countries have empowered its reappearance in the past few years by accumulating the vulnerability of marginalized communities.

As our organization is focused on eradicating modern-day slavery from Pakistan. And in recent years we have been able to rescue thousands of Christian slaves from the Brick Kilns in Pakistan.

Once again in the month of August,2021 we were able to rescue 12 families from the Modern-Day slavery.

These people were kept in brick kilns by a very powerful and rich Muslim landlord. They were not allowed outside the brick kiln premises. The children were also forced to pay off the debt of their parents.

They were not allowed to study or engage in any social activities. They were forced to work all the time or stay in the Brick Kiln Premises.

A pastor on our team reported that these Christian Slaves were being abused and that their young daughters and wives were being treated as sex slaves for pleasure. After working all day, in the evening the girls and women were forced to pleasure the kiln manager or owner and his friends.

Knowing all these circumstances, we have decided to save these families. Although it was a difficult operation because our new team did not have the experience to save these slaves from the brick kiln.

Here we would like to highlight that, couple of months ago our team in Pakistan was under serious threats from Pakistani government and its institutions, because of which we moved them to the safe country for time being.

But our new team showed great bravery. At night, they freed the twelve families from slavery and took them to a safer place, where our second team started relocated each family to the other safer zones.

Where they were given news jobs, housing, schooling for children, and counseling classes to integrate into society.

We are grateful to our supporters and donors for their concern in liberating these people. Or Organization thanks each one of them for saving these families.

You can be part of this great mission to save and rescue these modern day slaves by donating  619$ per family.

Younis and His Family of 9 Won Back From Bondage

Fanatics burn Houses And Stores Of Christians Over Allegations Of Blasphemy...

Is there Equal rights for the Minorities in Pakistan?