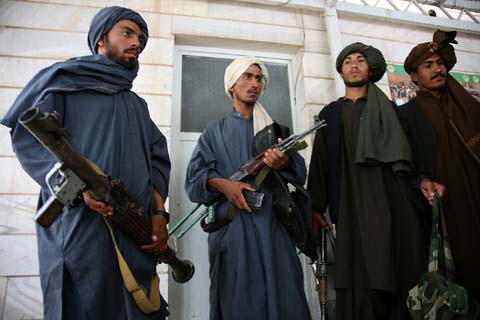 A report warns that the Taliban have stepped up their search for people working for NATO forces or the former Afghan government.

It said militants went from house to house search for targets and threatening their family members. Even they have started sending threating messages to Christians to cease and flee because the Taliban militants have the lists of the families who are converted from Islam to Christianity.

However, the hardline Islamist group has assured Afghans that “no revenge” will be taken seizing power.
But there are growing concerns about the difference between what they say and what they do.

”According to the BBC, in a confidential document from the RHIPTO Norwegian Center for Global Analysis, the group warned that the group was targeting allies who provide intelligence to the United Nations.”

“There are a high number of individuals that are currently being targeted by the Taliban and the threat is crystal clear,” Christian Nellemann, who heads the group behind the report, told the BBC.

According to our contact in Kabul, Afghanistan he told us through a secure network ”that as sun went down, Taliban groups began searching for their targets people, he added that last night they broke into a journalist’s house , once failed in finding him they killed his cousin.”

The situation in Afghanistan is getting bad every day , We have strong apprehension that after 31 st August 2021 ,their will be mass target killing in Afghanistan.

We urge International Community, and individuals not to let these people die, let us protect them and rescue them from the Taliban control Afghanistan.

Shabana Masih was Abducted, Forcibly Converted and Forcibly Married to a...