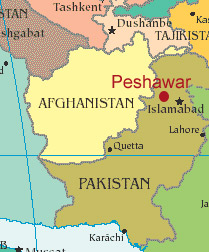 Converted Christian teenager in the Odisha state of India, was killed on 4th June by a radical Hindu.

According to the Persecution Relief, the body of the teenager was cut into pieces. Pastor Bijay, who serves in the Malkangiri district, told the source that last Thursday a gang of Hindu-radicals ganged up and kidnaped the Christians in the Kenduguda village.

Samaru Madkami, a 17 years old Christian, was abducted and later on killed by the radical gang, after slitting his throat and crushed his head with the rock. They also cut his body into pieces. Samara’s family is a member of the Bethel House Church and his father serves as an elder in the congregation.

His father claimed in his police report last Friday that a group of villagers engaged Madkami for a meeting in the Jungle on the night of Thursday. Later on that night, the villagers came back to the house of Madkami’s father to abduct him as well but he was escaped. Three years ago, the Madkami family was converted to Christianity and since then they are receiving death threats.

According to the Police officials in Malkangiri district, he exhumed the pieces of Samaru Madkami’s body, three days after he was murdered by villagers, said the inspector of Malkangiri police station Ramprasad Nag, while giving an interview to Hindustan Times.

Furtherly police said this is a case of black magic and the teenage boy was involved in the magical activities, as a result of which 17 people died in the village. However, the Christian families and pastor denied these allegations and stated that this is a cover-up story by the police and the Hindu radicals. India has become of the state protecting the Hindu radicalization after Modi took powers.

Hundreds of Indian Muslims are attacked and killed for selling and eating beef in different parts of India. Similarly, Christians are targeted for converting the Hindus. In the last 4 months, hundreds of cases of religious violence were recorded and yet the Indian Government is failed to address this issue.