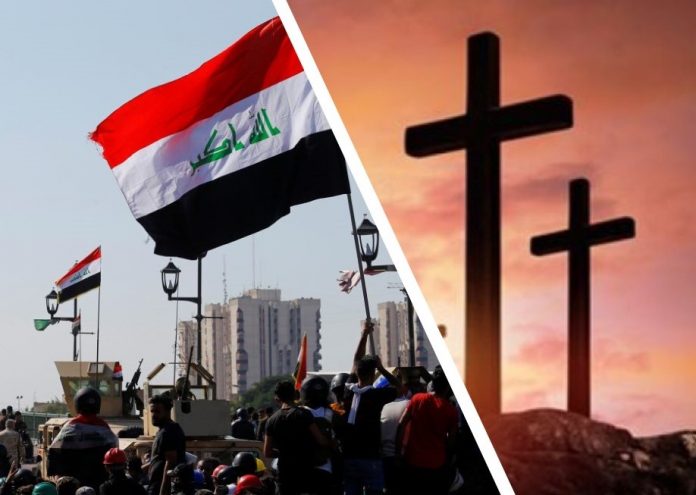 Four Iranian Converted Christians were sent back to the jail after being unable to pay their bail money.

Moslem Rahimi, Ramin Hassanpour, and his wife Kathrin Sajadpour, along with one unknown Person were arrested by the Iranian authorities early this year for attending and being a member of the underground Church in Iran.

On 14th May, all four were presented before the Revolutionary Court in Rasht, where they were charged. Precisely, like other such cases, the nature of the charges was unclear.

In accordance with our observation and study of such cases, the Iranian regime considers worshiping and hosting a gathering in the house or deviating Islam is a breach of “action against national security” and “propaganda against the system” and take it as an American and Israelite agenda.

After convicting them, the Revolutionary Court in Rasht granted bail with a provision of paying 500 Million (Iranian toman) as security money for each person. The Court deliberately ordered for such a large amount of money as a guarantee. Indeed, they were aware of the situation that none of the people will be able to pay their bail money.

According to the Irian Organization Article Eighteen

“Ramin and Kathrin have two sons – one of whom is 16 years old and is now staying at home by himself, and the other just seven years old and who has therefore gone to stay with his grandfather.

The arrested Christians are part of the Rasht branch of the “Church of Iran”, a non-Trinitarian group, which has been especially targeted by the Iranian authorities.

Of the 15 Iranian Christians currently detained for their religious activities, 13 are from the “Church of Iran” in Rasht, including pastor Yousef Nadarkhani, who was once sentenced to death for apostasy.

All apart from Majidreza and the newly detained Christians are in Tehran’s Evin Prison. Majidreza was recently moved from Evin to the Greater Tehran Prison, upon the completion of his two-year sentence for membership of a house-church. He is now serving a separate two-year sentence for theft, a charge he has consistently denied. He was also sentenced to 74 lashes.

Nasser, Yousef, Saheb, and Yohan are currently awaiting the outcome of their retrials against their 10-year sentences. Their families had hoped to hear news of the verdicts this Monday, but they still anxiously await news, having made several petitions for their loved ones to be released since the beginning of the coronavirus outbreak.

Both Nasser and Saheb have suffered health issues, while Nasser is the oldest of those detained, so their families are especially concerned for them.

Seven other Christians were among the reported 100,000 prisoners released from Iran’s prisons since the beginning of the coronavirus outbreak – most on temporary furloughs – but rights groups have called for Iran to go further by releasing all remaining prisoners of conscience”.

We call on the International Community, the Churches and especially the Individuals to stand together with their Persecuted brethren in Islamic Countries.

Join us to Save Lives