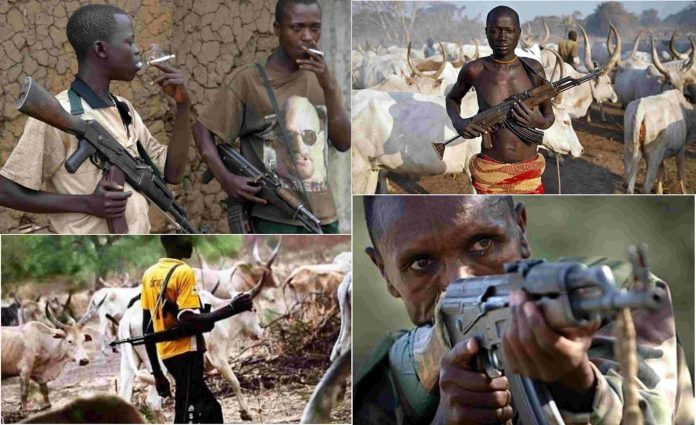 Another Massacre in Kajuru, Local Government Area of Kaduna State of Nigeria in which 17 people lost their lives in an attack by the Fulani militants. The Fulani Militants invaded the village, they broke into the home of Jonathan Yakubu, 40, and slaughtered him after killing his wife Sheba and three Children brutally. After killing the innocents, they looted the house of Yakubu.

According to the Nigerian Media house Sahara Reporters:

“Luka Binniyat, the spokesperson for the Southern Kaduna Peoples Union, told SaharaReporters about the situation on the ground when he visited the community.

He said, “We met relations of the Yakubu’s who were sobbing beyond consolation in front of the house Yakubu had built.

“From this compound, a trail of blood led to another gory scene of where Kauna Magaji was killed along with her daughter, Faith Magaji who died of grisly cutlasses cut to their heads.”

Binniyat disclosed that the attackers continued with the killing of a mother and severely injuring a baby she was holding with a bullet.

He added, “The killers went to another compound where they met Saraunia Lucky, 25, newly married and had given birth to her baby three months ago.

“With the baby cuddled in her arms in fear, she was shot dead and the bullet passed through the soft skull of the baby. But by some strange streak of luck the baby survived and was rushed to a nearby hospital where a bullet was removed from its head.

“When we visited the village, the baby was nursed by its auntie who also looked helpless. She told us that since the previous night, the baby had not had any milk but was only taking water. She said that where she could buy infant milk was under lockdown.”

Yaro Dalhatu, 56, and his wife, Saratu, 45, their granddaughter, Blessing Yari, 14, was also killed.

Another boy named Popular Teacher, who just turned 17 was shot and killed.

“They are the same group that attacked the previous night, they came again this morning.

“The Fulani people who live in the communities all disappeared hours before the attack,” another source said.

“The army went briefly when everything was over as always and went back. Not a single attacker was apprehended till now,” she added.

The second attack comes less than 24 hours after President Muhammadu Buhari condemned the killings in the area.

But residents say no police was present in the area even after the first attack that attracted national outrage.

Inusa Peter, 30, was also injured in the ambush.