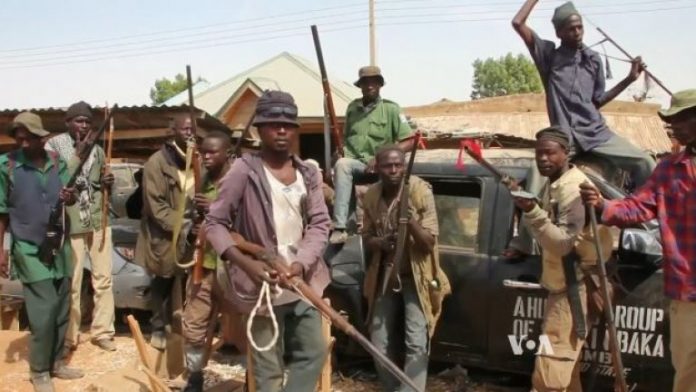 A day ago, the Islamic militant group killed dozens of people in Southern Kaduna in Nigeria. Once again the Militants have attacked another community in Adamawa State, they ransacked and torched the buildings and looted the livestock from the villagers.

The Militants, stormed at Mbemun village, administrated by the Lamurde Local Government, after torturing and heavy gun firing, looted the livestock and food from the villagers.

William Burto, chairman of the Lamurde council, confirmed the attack, He furtherly told  “Gunmen have attacked Mbemun, a community under our local government last night and burnt the entire village. While talking to the media he added, “Vehicles were also burnt, just as the assailants stole cows and other domestic animals of large commercial value.”

The local community member stated, “Gunmen suspected to be herdsman stormed the village about 1:00 am on Saturday and burnt down the whole village. Although in this attack no life was lost. However, the poor community lost everything.

These villagers, who are already suffering from the lockdown of COVID-19 will suffer more after the loss of their food and livestock. It seems that the Nigerian Government is completely failed to help and Aid its citizens from the Militant groups.

We would request you to join us and raised your voice for the Persecuted Christians around the world. your small contribution can bring change in their lives.