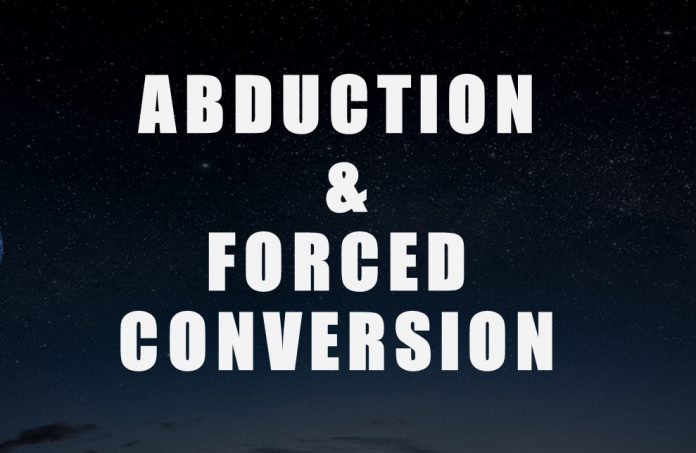 For the last several years, we are working in Pakistan on abduction and forced conversion. Every day we experience a new story with continuous agony and pain for the families of such victims.

Huma Younis, a teenage Pakistani Christian girl, was abducted and forcibly married to the abductor on 10th Oct 2019.

In the Civilized world, certain age has been set for marriage, but in Pakistan, there is no active law to regulate such things. From time to time Pakistani democratic and liberal political leaders introduce bills to determine the age at which the girls are eligible for marriage. The pressure and mindset of the Islamist sitting in the parliament constantly denied such laws.

Huma Younis, who was just 14 years old, became the victim of this demonic act. Since her abduction, Younis and his wife Nagina are struggling to get justice from the courts in Pakistan however, the juridical system of Pakistan is unable to provide any relief to their abducted daughter.

There is evidence that Huma was abducted by Abdul Jabbar who happens to be their driver. On the day of her abduction, Jabbar along with few associates entered the house of the family and informed Huma and her younger sister that their parents met an accident and they are in hospital. When both the girls tried to reach out to their father through phone but Jabbar dragged Huma out into the street and forced her into his car.

According to the neighbors who witnessed the whole episode, informed the full details to the police that how Jabbar on Gunpoint was dragging the girl from the house to the car.

When the family contacted the police for the official complaint against Jabbar, Police refused to record any such complaint. According to the Police, the girl is converted and now has willingly married to Jabbar.

We have observed while working in cases like this, such girls were normally never been a return to their families. Unless luckily, they were escaping or Rescued by some organizations like us.