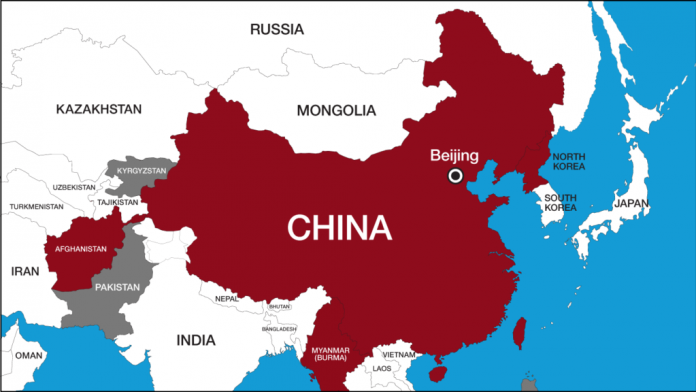 Security forces violently dispersed church members, removing those who resisted by force, eyewitnesses said. Among those injured was one church member who had “several significant injuries, including two fractured ribs,” CSW explained. Police also confiscated mobile phones and broke a window and door lock as they forced their way into the service venue, according to CSW investigators.

Across China, authorities force unregistered churches and other religious communities to either join government-backed associations or close, explained CSW’s Chief Executive Mervyn Thomas. “The attack on Xingguang Church and others once again indicates the extent to which the Chinese authorities are willing to go to crack down on religion or belief in the country.”

Leaders who refuse to register their churches can face arrest, according to Christians familiar with the situation. Last month authorities detained Pastor Zhao Huaiguo of Bethel Church in Hunan Province, accusing him of ‘inciting subversion of state power.’ The charge is often used against human rights defenders and other dissidents. Like Xingguang Church, Bethel Church has been subject to increasing pressure and harassment for refusing to register with the state-backed association, CSW reported. The authorities banned the church in 2019.

But even churches with government permits face restrictions, including being required to remove crosses and other religious symbols, activists, and local Christians. “The police’s violent treatment of church members is unacceptable. And typical of China’s heavy-handed and repressive response to anyone who espouses a belief which differs from that of the ruling Communist Party,” Thomas told Worthy News.

He said his group demands that Chinese authorities end “all harassment of Xingguang Church, Bethel Church, and other peaceful religious communities.” China, he added, should ensure “that the right to freedom of religion or belief is upheld for all Chinese citizens.” CSW has urged the international community “to hold China to account for human rights violations in the country,” he said. Authorities have expressed concern about the spread of Christianity in China that they deem as a threat to the Communist system. Officials suggest there as many as 130 million devoted Christians in the country of 1.4 billion people.

Several rights groups reported increased pressure on minority Christians under China’s Communist President Xi Jinping. His position as the most powerful Chinese leader since Mao Zedong was cemented in 2017. In that year, his name and political philosophy were enshrined into the Communist Party constitution by the National Congress. In early 2018 the Communists also ensured that he could remain in office indefinitely by abolishing the two-term presidential limit.