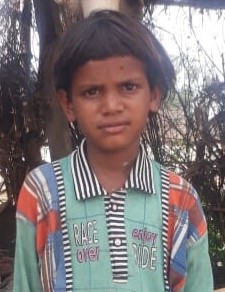 Nadia, a 7 years old Christian girl, living in a small village in Kasur city in Punjab Pakistan, was abducted by a local Muslim, Mohammad Shoaib, on 11th April.

While talking to our legal team, Boota Masih, the father of the girl, stated that his daughter was going to her grandfather’s house, who also lives in the same village. Found her alone, Muhammad Shoaib forcibly abducted and took her to a nearby field where he started abusing her.

Meanwhile, hearing the girl’s screams, some local people rushed to the spot and saved the girl but Mohammad Shoaib fled the scene, Said the father in crying. On 13th April, after her medical, the police report was registered against Mohammad Shoaib, and later, he was arrested by the police.

Our legal team has filed a case for Nadia so that the culprit could be punished for his crime. The girl is currently going through a trauma and an exceedingly difficult situation. The family receives the threats from the Muslim Abductor to withdraw the case however, we are working over to secure the family to avoid any such incident.

Abducting, raping, and conversion to Islam is one of the other levels of Christian Persecution in Pakistan. Christians are an easy subject for the male-dominated Islamic republic of Pakistan. Every year 700 to 1000 Christian girls and women are abducted and raped and then forcibly converted to Islam. Nothing has been done on the governmental level, to stop this Oppression and crime against the women from minorities.

Younis and His Family of 9 Won Back From Bondage