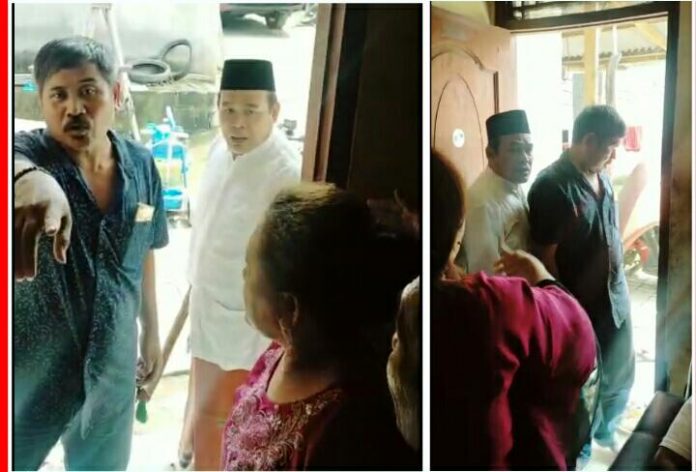 Extremist groups in Indonesia are targeting the churches since long, Christians and especially the converted Christians are being tortured cruelly. Unfraternally, a very few news of persecution grabs the attention in the International community. Our Indonesians brethren face Persecution on a daily basis and their persecution is not less than other countries of the world where Christians are being persecuted because of their faith.

According to our friend and International Stefan J. Bos, Indonesia’s hardline Islamic Defenders Front (FPI) group broke up a house church meeting in the country’s West Java province, prompting an angry response from the governor.

Among the attackers was the area’s senior FPI party official identified as Ustad Muliana, several sources confirmed. The video purportedly showed him and another person threatening worshippers. One of them physically attacked Christians with a piece of wood. No serious injuries were reported.

But the raid interrupted the Sunday service of a house church linked to the largest Protestant denomination in Indonesia, known as Huria Kristen Batak Protestant (HKBP), or ‘Batak Christian Protestant Church.’

St.J.Sihombing and his wife Br. Sianturi, who were leading the meeting, said the violence began when 10 Christians gathered in their home for worship. Separately Christians told BosNewsLife that the couple organized the gathering according to “government recommendations in the new coronavirus COVID-19 pandemic.”

West Java’s Governor Ridwan Kamil condemned the attack in a direct social media message to church supporters. “I will check tonight with the local authorities,” he wrote in the online remarks shown to BosNewsLife. “Regrettably, this should not have happened. Because worship is the right of every citizen,” Kamil added.

The governor also confirmed that the house church had not violated rules. “It is even recommended not to do it [religous services] in public spaces during the co-pandemic,” he stressed. Sunday’s incident followed a series of attacks or threats against churches involving Islamic parties or their supporters, Christians said.

Church leaders link the violence to anger among Islamic hardliners about the spread of Christianity in the world’s largest Muslim-majority nation. At least hundreds of thousands of Muslims are becoming Christians in Indonesia annually, according to several church sources speaking to BosNewsLife.

Commentators say that while Indonesia is officially secular, there has been a rise in politicians demanding a more significant role for Islam. Some groups, such as FPI, want to turn Indonesia in a full-blown Islamic state.

Indonesian President Joko Widodo, a moderate, has publicly played down worries about rising Islamic intolerance. But church leaders believe he fears that the growing influence of Islamism by political adversaries could limit him in implementing economic reforms.

Each passing moment, even while we are reading this story, a Christian is being persecuted for his belief in Jesus. We urge you to stand with us and save your Persecuted brothers and sisters in Islamic countries. Your small help can save lives.