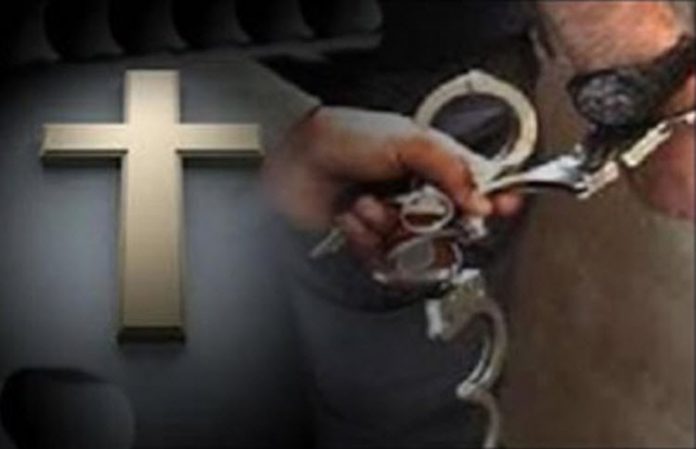 Christians are the most Persecuted group of People in the world and there are thousands of Christians suffering in Islamic countries. Iran is one of such country where the converted Christians are more persecuted than the born Christians.

According to Stefan J. Bos, the Chief International Correspondent at BosNewsLife Several Christian converts spent Easter in freedom after Iranian authorities released them amid concerns that the new coronavirus COVID-19 could spread in overcrowded jails, Christians confirmed. Most were prosecuted after refusing to return to Islam and continuing Christian activities, according to Christians familiar with the cases.

One of them, Amin Khaki, learned from prison authorities last week that he should not return to jail, said advocacy group Middle East Concern (MEC). “It is expected that he will be able to reclaim the money put down as security,” MEC told BosNewsLife.

Khaki was detained with four other Christian converts when security agents raided their homes in the Iranian city of Rasht in December 2017, according to Christians familiar with the case.

The four former Muslims detained with Khaki were freed in October 2019 after completing their prison sentences, Christians explained. Khaki was reportedly released conditionally last month amid concerns about the COVID-19 outbreak after submitting a bond of 50 million tomans ($3,000), MEC added.

His release last week came days after authorities freed fellow Christian Rokhsareh (Mahrokh) Ghanbari. She was told that she didn’t have to complete her one-year prison term for “propaganda against the system” of the strict Islamic republic.

The Christian woman hopes to receive back the 30 million tomans (around $2,000) she deposited for bail, according to Christians familiar with the case. Ghanbari, 62, made headlines last year when U.S. Vice President Mike Pence demanded her freedom and expressed his support for religious minorities in Iran.

Other Christian converts were given temporary leave from prison, said Article 18, another advocacy group involved in her case. They are among 85,000 prisoners freed in recent weeks amid concerns about the spread of the new coronavirus COVID-19.

But in statements, Iranian Christians urged prayers for believers who remain detained on political charges. Local Christians said the detainees might face exposure to COVID-19 infection in prison. It was crucial, the Christians said, to pray that these prisoners “will know God’s protection and consolation and also be released.”

Among them are at least ten Iranian Christians serving longer sentences of between five and ten years remain in prison, despite calls for their release. Yousef Nadarkhani, 42, Mohammad Reza (Yohan) Omidi, 46, and Zaman (Saheb) Fadaei, 36, have made several requests for release on bail since their retrials were accepted in October. “Their families are increasingly anxious about them,” said advocacy group Article 18.

“The same is true for the family of Nasser Navard Gol Tapeh, who is 58 years old and has suffered several health issues. Nasser was finally granted a retrial in February… Saheb has also experienced health issues and was recently denied treatment in prison despite suffering from a fever and hallucinating,” the group added.

Except for Nasser Navard Gol TapehNasser, all detainees are members of one of Iran’s most significant house church movements known as the “Church of Iran,” Christians said.

“Four more Church of Iran members from Rasht – Khalil Dehghanpour, Hossein Kadivar, Kamal Naamanian, and Mohammed Vafada – are currently out on bail, ” Article 18 noted. It said they are “awaiting summonses to serve their five-year sentences, having lost their appeals alongside Abdolreza, Shahrooz, Babak, Mehdi, and Behnam.”

It added that several other Christians are facing court cases. They include Victor Bet-Tamraz, his wife Shamiram, and three Christian converts – Amin Afshar-Naderi, Hadi Asgari, and Kavian Fallah-Mohammadi. Their appeal hearings were reportedly repeatedly postponed. Their next court appointment was due May 1, Christians explained.

Iranian Christians said they were also praying that freed converts “will be able to reclaim the money put down as security once the courthouses re-open. They should also quickly recover from their imprisonment and return to “normal life.”

MEC quoted local Christians as saying that they hope that “Iranian authorities will have wisdom in dealing with the COVID-19 crisis.” They also should “refrain from targeting Christians and other persecuted religious communities.”

Iranian authorities deny wrongdoing saying they want to protect Islamic traditions. Mission groups suggest there are at least an estimated 360,000 devoted Christians in the country of over 82 million people. They reportedly include many former Muslims who turned to Christianity, seeking freedom from strict Islamic rules.

Farrukh Harrison Saif addressing in a conference on “Persecution...