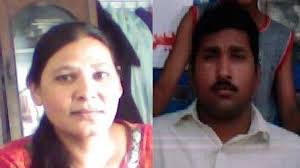 Berlin: The issue of the persecution of the religious minorities in Pakistan is not new for the International community. Pakistan who has been declared as one of the dangerous countries for the Religious Minorities by the US state department, PEW research centre, Open doors and other known rights-based organizations.

Pakistan government and its institutions are completely failed to provide justice to these oppressed religious communities’.

In the recent months, the world witnessed the aggression and vicious attitude of the Islamic based political and religious organizations after the Supreme Court decision on Asia Bibi in October 2018. Even the current Chief Justice of Supreme Court, Justice Asif Saeed Khosa expressed frustration at a furious reaction to the case. The Islamic organizations including Jahadi terrorist organization paralyzed the entire country after the acquittal of Asia Bibi.

During the 9 years of Asia Bibi case, the right activists around the World closely observed this case but there were so many other heart hammering cases of persecution also continuing in the courts of Islamic Republic of Pakistan.

One of such case is a case of a Paralyzed Christian man Shafaqat Emmanuel and his wife Shagufta Kausar, together who have 4 underage children, were arrested in Gojra City on 27th July,2013 and awarded the death sentence on 4th April,2014.

The local police arrested this Christian couple on July 27, 2013 and first investigation report (FIR- 407/13) was registered under section 295-B and C, 25-D (the Telegraph Act 1985) in the Gojra Police Station. The investigations failed to prove them guilty but both husband (disabled) and wife were tortured to third degree to admit the offence.

It is bad enough that the police tortured a half dead man with a spinal injury, to confess that he had sent the blasphemous text message. What is worse even than that terrible abuse is the impact on his children.  Since his accident in 2004, his wife  Shagufta has been the only breadwinner for the family’s four children.

The police failed to recover mobile phone and SIM card allegedly registered in Shagufta Kausar’s name. It is pertinent to mention that until July 2015, it was very common to purchase and register the SIM card on providing the copy of National Identity Card and Shagufta was the culprit because the SIM card was allegedly registered on her CNIC. She sold her cell phone few months before the case registered, the mobile shop owner who buy the mobile testified in the court that they sold their cell phone and compliant that their SIM Card has been lost.

The additional session judge Amir Habib knew the couple is illiterate and there is no record which proves them guilty of the crime they are accused of. But the pressure of the extremist lawyers and complaint forced him to award death sentence to the Christian couple.

Farrukh Saif Foundation and Emergency Rescue committee (ERC) who is providing the legal and financial help to this persecuted Christian couple and their 4 (four) children since 2013 are still defending this case in the High court of Lahore.

Mr. Farrukh Saif and Keith Davies are determined and hopeful that their efforts will bring this couple out from the jail.

Mr.Farrukh Saif said that “the judges in the Lahore High court usually avoid or refused to hear this case for the fear and intimidation from the Islamic groups and their lawyers. Since there is a risk of life for our legal team but we dare to in the Court, as the complaint have around 19 lawyers who are pressurizing the court to maintain the verdict passed by the session Court.

Mr. Keith Davies the Executive Director of Emergency Rescue Committee (ERC) stated “How can a society be so cruel under conditions of trumped up charges, insufficient evidence and obvious intimidation and interference in the judicial process to find these parents of four children guilty. This is the time for everyone to stand with this persecuted couple. The children are currently living in our safe house but without their parents. We have arranged for their schooling and to provide for their everyday needs. However, we cannot provide them with what they most need – their loving parents.

He urged the International community, Churches and Rights Organizations around the world to raise their voice for the freedom of this persecuted/victimized family.