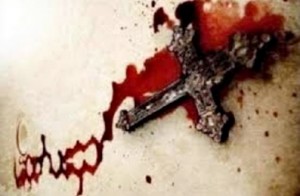 China becomes one of the worst lands for religious groups such as Christians.  According to the one news now  ‘ With Bibles being burned, crosses being destroyed, churches being forced to close, and pastors getting sent to prison, one of the leading voices for persecuted believers in China says the situation for Christians there is dire.

With Bibles being burned, crosses being destroyed, churches being forced to close, and pastors going to prison, one of the leading voices of the world for persecuted believers in China says the situation for Christians is dire.

Bob Fu, founder, and president of ChinaAid has long been sounding the alarm and raising awareness to the hardships the Church faces in the communist country.

“The … level of persecution in China happening now … perhaps is the worst since the beginning of the cultural revolution by Chairman Mao 30 years ago,” he tells OneNewsNow.

Not only is the government burning Bibles and destroying crosses, but authorities are also cracking down on churches of all kinds – from the underground to those sanctioned by the government.

“Thousands of churches are being shut down, and many church leaders were being harassed into being intimidated, and some are even being sentenced to many years imprisonment,” Fu reports.

Chinese-American Pastor John Cao, for example, was sentenced to seven years in prison earlier this year for his missionary work in helping impoverished school children along the China/Burma border. The American Law and Justice Center says the charges of organizing illegal border crossing are fabricated, and the firm has published a petition for his release.’