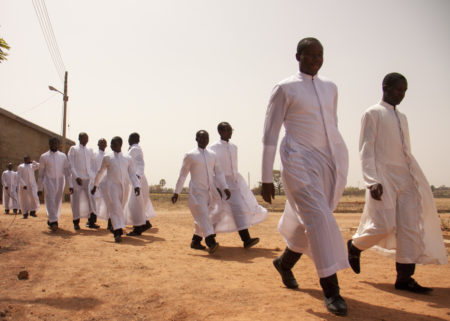 Nigerian Christians have become the soft target by the Islamic Militants in the Northern part of the Country. More than 6000 people were killed in a recent year and still, the International Community is failed to recognise the Christian Persecution in Nigeria. According to the UK based Organization Premier ‘Baroness Cox has called on the UK government to recognise the persecution of Christians in northern Nigeria.

The Christian peer visited the region recently on a fact-finding mission and spoke to some of those who had been attacked by Fulani militants.

Christian leaders including the Anglican Archbishop of Jos, Benjamin Kwashi told of how 6,000 Christians were killed between January and June this year and hundreds more are being killed currently.

Deaconess Susan Essam in Jos told a story of a woman called Sarah: “They shot Sarah’s husband and children and so she begged them to kill her too, but they refused, saying that they wanted her to cry and bear the pain.”

A Church Warden at St Timothy Church in Jos said: “They came around 7pm and left just before midnight. More than 200 of them in black cloth, well armed. Yesterday we lost another 19 of our people.”

Archbishop Kwashi said: “We are not safe in our homes.

“I am raising an alarm, if the government will listen. Lord in your mercy.”

In the past, the Fulani militant herdsmen brought their animals to graze on other people’s land but then moved on. Now, though Baroness Cox has claimed they are killing people and taking their land.

Baroness Cox said: “The UK Government and mainstream media have characterised these attacks as ‘ethnic riots’ or ‘tit-for-tat tribal clashes between farmers and herders’.

“While the causes of violence are complex, the asymmetry and escalation of attacks by well-armed Fulani upon predominately Christian communities is stark and must be acknowledged. We must not ignore their suffering any longer.”

Baroness Cox will make her statement on the situation to the House of Lords on Thursday 6th December.