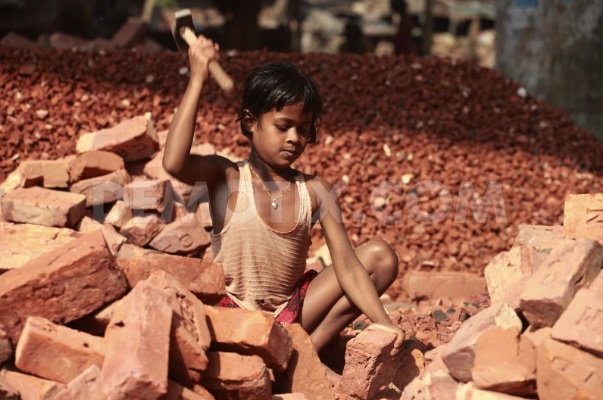 Many people in western World are unaware of the fact that even in this Modern era, SLAVERY DO EXIST. According to the UN affiliated International Labor Office (ILO) and the Walk Free Foundation estimates that there were 40.3 million people in some form of modern slavery around the world. Majority of the Modern day’s salves can be found in Asia where around 25 Million people are forced to work day and night without properly being paid. Pakistan, India, Nepal and Indonesia are such countries where Chattel Slavery is observed on large numbers.

Recently, we Liberated a family of Bashir Pervaiz . Bashir a Pakistani Christian along with his wife Irshad Bibi and 5 Children were enslaved in the Brick Kiln factory in Southern Punjab. Bashir and his family were living a very deprived life in the brick kiln. Bashir was unable to provide the basic necessities of life to his children. One of his sons is handicapped and one daughter is mentally retarded but Bashir was unable to arrange any medical treatment for them. listen to the testimony of Bashir Pervaiz and see how thousands of Christian slave families are living in the brick kilns.

Still, there are hundreds of thousand Christian families who are trapped in slavery in brick kilns in Pakistan, India, and Nepal. They are waiting for their Savior who would come and save them from the curse of slavery.

Lend your hand to support these helpless Christians from slavery and end the persecution which is being transferred from generations to generations.

Report: ‘More Americans Believe in Satan than in God’