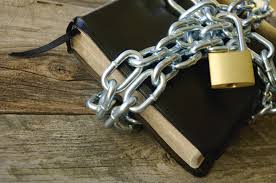 According to Open Doors

“I have seen miracles happen in Jesus’ name, and have clearly witnessed God transform the lives of many people. I was able to lead 60 people to Christ in and around the village I live in.”

God has been working powerfully through Sujit, a church leader from rural India. He experienced persecution from his family when he first became a Christian – he was even kicked out of their home and forced to flee his home village. But that didn’t put him off. He went on to study the Bible for three years, and soon he was leading others to Christ as well.

He has been caring for this flock of believers for 15 years, and last year they decided to build a church building so they would have somewhere big enough to meet all together. Sujit says, “We were so happy and excited that we would have a separate place to worship, but they never let it happen.”

Who are ‘they’? RSS, the Hindu extremist group who have vowed to free India of Christians and Muslims by the end of 2021.

Sujit says, “When we began the construction of the church, one of the well known people in the village (who is also a retired army officer) made a false complaint to the RSS leaders that we were luring people to Christianity using money. After this, the RSS groups from other villages made many visits to our village, conducted meetings with the villagers and instigated the Hindus against us. Thereafter, there were constant attacks on the construction sites.”

During the third attack on the church building, Sujit was told that it was happening. He says, “I ran to the spot and confronted them. Two of the extremists caught me from the sides and the third one bashed my head with a brick.

“They further showered continuous kicks and blows on me, threatening that they would kill me if I continued preaching Christianity in the village. I suffered severe head and spinal injuries; I was bleeding and was rushed to the hospital by my church members.”

After this vicious beating, Sujit and his wife had a difficult decision to make. “My wife and I had to leave the place I had been serving for the last 15 years. It was heartbreaking.”

He still returns to meet with his church members in secret, and hopes that one day they will be able to build a church. He says, “Houses are too small to accommodate all the Christians who come from nearby villages. Please pray. I believe God will certainly open the way to resume the construction work.”

Sujit was able to attend persecution survival training run by Open Doors partners. He says, “In my distress, I was greatly comforted when God spoke to me through the teachings in the seminar where I was reminded of Mary and Joseph who also had to flee to Egypt when Herod was seeking to kill Jesus.

“The lonely feeling in my heart also disappeared when I heard about so many people who were suffering with joy for Jesus. I was also able to share these teachings with my church members during my secret visits to my previous village.”

Your prayers and support are also helping to pay the school fees for Sujit’s two daughters, who are 10 and 12.

Sujit continues to ask for our prayers. It is a huge source of encouragement to know that he is remembered by his global church family. Sujit says, “I am thankful to people all over the world who are praying for people like us. I am amazed that God can compel people from different countries to pray for His people living in the remotest part of India. I would request that everyone continue praying for the government of India and the protection of Christian leaders in the country.”

STAND WITH YOUR CHURCH FAMILY IN INDIA

Open Doors church partners estimate that almost 24,000 Christians were physically attacked in India last year because of their faith. India is number 11 on the 2018 World Watch List, Open Doors’ annual ranking of the 50 countries where Christians face the most extreme persecution, its highest ever position.

Hindu extremists are stepping up their efforts to free India of Christians – so we must step up our response. Open Doors has been working through local churches and partners in India since 2000, and the work they do is already extensive, but they have a plan to double their impact and extend their reach to every corner of India over the next two years.

Your long-term support can help to make that plan a reality. Every £22 could resource a local Rapid Response team for a month as they bring emergency aid to victims of violence, such as food and medical care.

FOUR WAYS TO PRAY FOR INDIA

The theologian Andrew Murray says, “Most churches… don’t know that God rules the world by the prayers of His saints, that prayer is the power by which Satan is conquered, and that through prayer the church on earth has access to the power of the heavenly world.” When we stand with our persecuted church family in prayer it is truly powerful.

We will be including prayer points for India in our prayer diary and our monthly email every month for the next two years to help you pray for your church family in India on a regular basis. Looking for other ways to pray? Here are some ideas:

On your own: A lot of our tea is grown in India. When you’re making a cup of tea this month, while you’re waiting for the kettle to boil, ask God to bless and protect your church family in India. You could keep your copy of the prayer diary there for more specific prayer points.

With your family or small group: It’s National Curry week 9-15 October! Why not make a curry or order a take away with your small group or some friends, and spend some time praying for your church family in India as you wait for your food.

With your whole church: Order a free copy of Can you believe it? – our resource to help your whole church to pray for their persecuted church family around the world, including the story of Meena* from India.

With a brother from India: Come to our Standing Strong celebrations to hear Samson* share stories of faith and courage from the church in India, and stand with him in prayer.