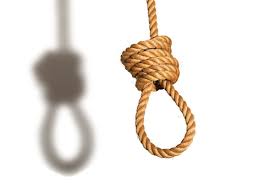 Our help comes from the Lord, He never leaves us alone

For years and years the victims of blasphemy accusation in Pakistan found themselves helpless and abandoned due to the lack of moral, financial and legal support but since we  emerged on the scene, the things have changed drastically and the justice is being done impartially.

Since last 6 years Farrukh Saif team has proven to be one of the best fighting team for protecting the victims of blasphemy charges in Pakistan. Today we have achieved another milestone by getting acquitted Mr. Arif Yousuf, a Pakistani Christian who was accused of making crackers with Koranic pages, was charged with blasphemy act 295-C in October 2013 and was being processed for death sentence. We were able to prove the falseness of those charges against Arif and finally the justice was done as Arif has been released after the long suffering of 1 year and 9 months in prison while the sword of death was hanging on him each and every moment. Let´s not forget to thank to Additional Session Judge Wazirabad “Iftekhar Hussain Chima” for granting the justice, although late.

Mr. Arif Yousuf and Tariq Yousuf both brothers were falsely accused under the blasphemy law of Pakistan on October 25th 2013 by Mr. Muzammil Malik and Mr. Khurram Shahzad who claimed that the crackers they bought from the two accused brothers and when accidently opened those, it was revealed that those were made of the Koranic pages which is considered an insult of Islam and is punished by death sentence as per the law of Pakistan.

The news about the incident spread like fire in Wazirabad and as usual the angry Muslim mob was about to put the whole Christian community on gunpoint by burning their homes. On the information received by a close friend, our team immediately reached to the conflict area and handled the situation wisely. It was only due to our hard efforts and negotiations that the Pakistani authorities were able to stop the angry mob from initiating a riot. Thanks to our almighty God that we prevented another violent incident like Gojra.

Arif Yousuf was unluckily arrested by the authorities due to the pressure from angry mob but his brother Tariq Yousuf managed to get reallocated to a safe country with the help of our friend organization Rescue Christians. Then Farrukh Saif ´s team put all its energy and efforts to dig the matter and prove the innocence of Arif Yousuf. Being Christian it is our faith that as long as we hold the truth we do not need to worry, no matter how big the devil is. Lord Jesus Christ heard our prayers and the truth came to the light finally about how Christians are being accused falsely of the blasphemy accusation in Pakistan.

Farrukh Saif team have proven to be the real Christian organization which works practically on the ground despite the high risk of being killed for helping alleged blasphemy perpetrators. Life is extremely miserable and unpredictable for minority Christians in the ISLAMIC Republic of Pakistan but “WE” will keep fighting for thousands of crying eyes and broken families who yearn for justice, respect, rights and dignity. May God give us strength to continue our mission. Amen.