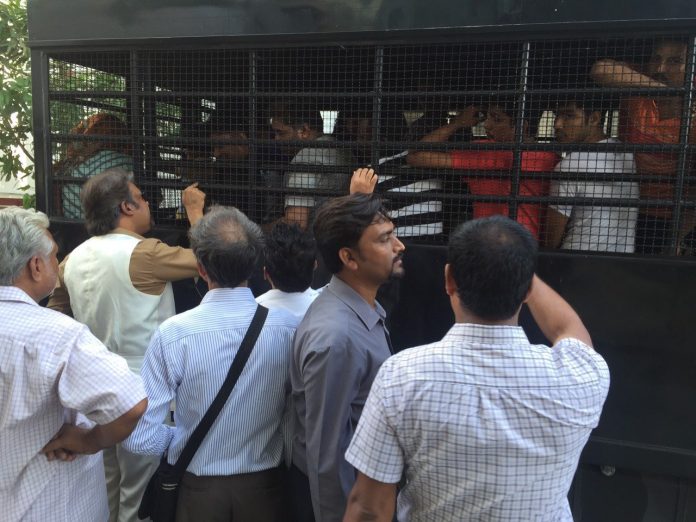 According to the UNCHR´S Guideline´s Article 3.5.3 Scheduling of RSD Interviews:

Is UNHCR Bangkok following the above mentioned article of their guideline? The long application processing time for Pakistani Christian asylum seekers (in comparison to other nationalities and religious sects); i.e., three to four years is the contradiction to the UNHCR´s own constitution.

According to the UNCHR´S Guideline´s Article 4.5 Timelines for issuing RSD decisions:

Another contradiction to the UNHCR´s guideline; Decisions of RSD interviews are given in almost a year. The phone calls of asylum seekers requiring information are answered harshly and they are spoken to in a derogatory manner. No help is provided to them while waiting for their RSD decisions.

Conclusion: Why does UNHCR keep the Pakistani Christian asylum seekers on hold for 4 to 5 years making them hostages and not resolve their cases at the earliest according to their guideline so that these people won´t be living in a limbo for years with false hopes and illusion of being protected and resettled? Resolving their cases earlier will only help them to look for other alternatives in case of negative decisions. But what UNHCR Bangkok is doing to these already persecuted people is the perfect definition of deliberate double persecution by one of the most respected international institution which claims to be the defender of refugees.

Conclusion: Having such enormous budget in millions and such huge amount of savings, shall UNHCR still argue that it cannot handle the Pakistani Christian asylum seekers fairly because of the lack of funds or lack of manpower? Why don´t they hire more staff and resolve the pending cases according to their guideline rather than making people wait for years and years? Don´t they realize how harsh each and every moment is for these stranded and psychologically disturbed people to survive in a foreign land without having jobs, no education for their children, lack of medical assistance and above all no food to feed their families?

On one hand the hopeless Pakistani Christian refugees are attempting suicide, many died while waiting for their resettlement and those who are luckily still alive are converted into living corpse seeing the daily suffering of their children. On the other hand the officials of UNHCR live a luxury life! How dare they keep expensive cars and live diplomat´s life style using the public donations which are supposed to be used genuinely for helping the refugees in need? What UNHCR Bangkok´s officials are doing is same as what third world countries politicians do. Yet instead of apologizing they produce the lame excuses of enormous work load.

Allegations against the Pakistani Christian Refugees to be economic migrants:

Pakistani Christian refugees are often alleged by the UNHCR Bangkok of being the economic migrants but the PEW Research Center, Open Doors, Human Rights Watch and the State Department of US Government declare Pakistan a dangerous place for minority Christians. How long this double standard is going to be continued by UNHCR? Do they consider refugees only to those who are physically attacked, have lost any of their body parts or are almost burnt? How long shall they ignore the international refugee law which clearly says; People with well-founded apprehension of risk, justifiable claims, and reasonable grounds to flee must be considered refugees.

The lawsuit against UNHCR Bangkok in the International Criminal Court:

The legal team of Farrukh Saif Foundation in Germany, Netherlands and Spain has finalized the preparation of lawsuit against UNHCR Bangkok and it is going to be filed in the International Criminal Court during the third week of January. Each and every official of UNHCR Bangkok will be dragged to the Court for facing charges of War crimes, Crime against humanity and violation of fundamental human rights of a persecuted group of people. This is not a threat neither a warning. A copy of that lawsuit will also be sent to the United Nations Headquarters in New York. UNHCR Bangkok´s officials are not going to enjoy the immunity anymore. They will have to respond before the law and face the charges for all the suffering that Pakistani Christian asylum seekers have faced.

Galatians 6:2 of Bible says; “Bear one another’s burdens, and so fulfill the law of Christ”. This Word of God makes us fight for our persecuted Christian brothers and sisters. By leaving them alone in this miserable and inhumane situation we shall be ignoring the commandment of our Lord Jesus Christ. May God strengthen us for helping our Pakistani Christian brothers and sisters in Bangkok and open doors for them to have normal life in safe third nations where there will be no sword hanging on their heads for worshipping Christ, Amen.

Asifa Bibi was Raped by Kiln Owner Until We Rescued Her...