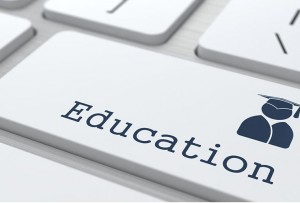 Institutionalized discrimination refers to the unjust and discriminatory mistreatment of an individual or group of individuals by organizations such as governments and corporations, financial institutions (banks, investment firms, money markets), public institutions (schools, police forces, healthcare centers), and other societal entities. It stems from systemic stereotypical beliefs (such as sexist or racist beliefs) that are held by the vast majority living in a society where stereotypes and discrimination are the norm. Such discrimination is typically codified into the operating procedures, policies, laws, or objectives of such institutions.  Pakistan’s education system is corrupt to its core and the discrimination cannot even be described.

Christians are not provided with minority seats option in Muslim institutions which obviously prohibits the growth of Christians in education sector. The discrimination is promoted to the extent that Muslim children get bonus points if they can recite some verses of Quran, where as Christians are not even taken into consideration. The lesser quality education will mean that they start as low, with not as reputable jobs. They are provided less opportunities because of their faith. The expensive education force stops majority of Christians in Pakistan from learning and they remain illiterate with only a few low paying jobs availability. The less fortunate Christians have to turn towards government schools which seem to be dating back to the Stone Age.

The constitution says each and every citizen will have the same rights but that does not happen in practice when it comes about the Christians. They are deliberately left rejected at times just because the Muslims believe in Islamic brotherhood, and it would be going against religious ethics if a non-Muslim is chosen over a Muslim. In Pakistan, from anything to everything is possible with the power of money. The first thing that happens when a student seeks a prestigious university is to look for contacts that can help in exchange of bribes. This is the morality students are being taught in Pakistan.

Christians abroad should address this problem as one of the biggest challenges they in Pakistan come up with. A solution is desperately needed, Christians should be given more opportunities to study abroad on scholarship and student loans should be facilitated in order to ensure an educated and strong society’s growth. The money, the items and the counseling will not last forever but if education is provided it will last as long as the person does and will change many lives.

Level of corruption can be reduced to a great extent if it is made mandatory for all government officers to put their children in government schools. This is how the condition of all the government run schools can be improved; and simultaneously the standard of education can be uplifted. But I am sorry to say that concerned authorities always turn a deaf ear to such useful suggestions.

Report: ‘More Americans Believe in Satan than in God’